skip to main | skip to sidebar

Enterprise Week gift for the House of Commons 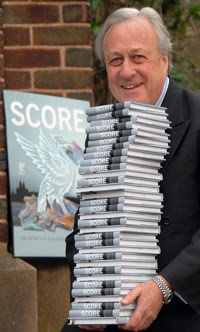 Score was the catalyst for several events during Enterprise Week, 12-16 November 2007 – both in London and Liverpool. Editor Arabella McIntyre-Brown handed a copy to young entrepreneurs and several MPs at a reception on Millbank, including John Hutton, Secretary of State for Business (BERR).

The following week Capsica sent a copy of the book to every MP (646), to peers and to MEPs, to highlight the difference between enterprise and business, and to give those members an easy primer to entrepreneurial characters and key issues they face. This was a gift from a trio of support agencies on Merseyside: Business Liverpool, Liverpool Vision and Liverpool Land Development Company.

Ben Chapman, MP for Wirral South, accepted a delivery of books on behalf of his colleagues. Mr Chapman was director of the DTI in the North West for six years before his election to Parliament in 1997 – so he is one of the most knowledgeable in the House when it comes to questions of enterprise.

"I was delighted to get an early sight of the book, and can heartily recommend it to my colleagues.

During Enterprise Week Score's editor, Arabella McIntyre-Brown, teamed up with Bill Doherty, local director of commercial banking for the Royal Bank of Scotland, to talk to a cosmopolitan group of enterprise students at the University of Liverpool's Management School.

"I am very grateful to my guests for my taking time out to spend with the students, it is very much appreciated. If Liverpool is to grow economically we need to develop the local talent pool. I think it is imperative that both the private sector and the public sector begin to work together to ensure that these young graduates choose to stay and work here. Liverpool is a great City and there are lots of opportunities out there. We need to support and encourage our young people as they are the future of our City's success," said Professor Jimmy Hill.
Newer Posts Older Posts Home
Subscribe to: Posts (Atom) 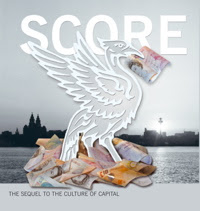 More about the team

Capsica and the sponsors are backing The Sirolli Institute's Liverpool groups, to inspire more local people to make the leap and set up their own business. Who knows where the next Roddick, Branson, Sugar, Dyson will come from?

Founded in 1996 by Ernesto Sirolli, the Sirolli Institute is a non-profit education and training organisation, introducing enterprise facilitation to communities and working in concert with existing economic development efforts to help entrepreneurs – a catalyst for renewed community pride and civic spirit.
The future of every community lies in the dreams and aspirations of its people; Sirolli helps to capitalise on the passion, intelligence, imagination and resources of local entrepreneurs. Since 1985, thousands of new and expanding businesses resulting in thousands of new jobs have been started with the help of enterprise facilitators in dozens of communities in the UK, Australia, New Zealand, the USA and Canada.

The Culture of Capital 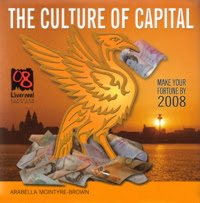